The Fire and Life Safety Professionals ® - Since 1911

Croker Risk Management is a full-service provider of planning, training and exercises for emergency response, crisis management and business continuity. Through our advanced and interactive programs, Croker Risk Management has become a leader in developing programs for corporate preparedness and commercial real estate resilience.

Croker Risk Management Services is a full-service provider of planning, training and exercises for emergency response, crisis management and business continuity. Our core competencies include:

Members of Croker Risk Management’s core consortium include preparedness professionals who have developed plans at the tactical, operational and strategic levels.  The core team has had over 100 years combined experience in emergency response, crisis management, business continuity, and strategic decision-making.  Many members of the team have had the experience of implementing the plans they developed. Our members understand the nuances of preparedness planning and never forget the needs of our clients or the realities of emergency preparedness.

We provide services based on three (3) core tenets:

Croker Risk Management’s philosophy is simple: plans are most effective when developed with organizational participation. Our integrated planning programs involve a step-by-step facilitated process of workshops, seminars and exercises resulting in plans that are realistic, functional and understandable.

Our integrity is our foundation. We accurately state our capabilities, qualifications and experience. We deliver what we promise.

Our team is skilled in program management and will keep your program on schedule and deliver products on time. We work directly with your staff for program scheduling and administrative needs, thereby reducing your organizational administrative burden.

We offer extremely competitive rates. Our firm-fixed pricing model includes all aspects of project support. This pricing method provides our clients the confidence that we are available whenever needed, without any additional or “hidden” fees.

Croker Risk Management provides thoughtful and useful products and services specifically tailored to your organization’s needs. We use the most current processes, we do not take short-cuts and we do not use “cookie-cutter” templates.

What Can Croker Risk Management Do for Me?

Examples of Past and Continuing Projects: 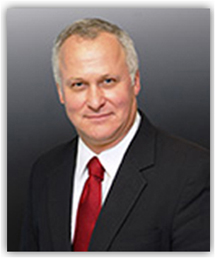 Prior to his retirement from the United States Army as a lieutenant colonel, Mr. Ulmer was the Associate Dean of Administration and Resources for the George C. Marshall European Center for Security Studies, a bi-lateral United States-German higher education institution that educates former Soviet Union and Warsaw Pact officials on the tenets of democracy.  In this position Mr. Ulmer helped develop graduate-level curricula for crisis management and emergency response programs for international military and civilian officials and was the academic support representative for the Center’s Distance Learning Program. Upon his retirement, he was selected to be the Director of Administration in Georgetown University’s School of Foreign Service, a position he occupied on September 11, 2001.

Mr. Ulmer has been a certified instructor for the United States Department of Homeland Security, teaching in its Executive Management Programs, which included workshops for executive-level emergency management, public health, law enforcement, fire and life safety, and elected and appointed officials throughout the United States.

Mr. Ulmer has been an active member of the New York City Building Owners and Managers Association (BOMA) Preparedness Committee where he completed numerous initiatives, including a study on best practices in hi-rise emergency preparedness planning in metropolitan areas (2005); chairing a task force which developed strategies to mitigate the potential impacts of a flu pandemic on the commercial real estate industry (2006); chairing a task force which developed the BOMA Hi-Rise Drill Book, a series of drills designed to increase preparedness in hi-rise building staffs (2008); and was the primary author of the BOMA/NY “Hurricane Sandy Lessons Learned Study” (2013). In 2010, Mr. Ulmer received the “Pinnacle Award” in recognition as BOMA/NY’s Outstanding Local Member of the Year, for his contributions to commercial real estate preparedness.  Mr. Ulmer continues to be an active advocate for business resilience and for developing realistic, workable and affordable emergency preparedness, crisis management and business continuity solutions for clients worldwide.

Ulmer is a frequent contributor on topics involving emergency preparedness in general and high rise buildings in particular.  He holds a bachelor’s degree in engineering from the United States Military Academy at West Point, a Master’s of Science in Administration from Central Michigan University, has graduated from Harvard University’s School of Higher Education Management Development Program and attended the inaugural MIT program on crisis management and business continuity. 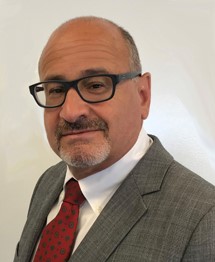 Serving as Director of Corporate Development, Joe Evangelista oversees all internal and external corporate growth initiatives as well as long-term strategic planning with a focus on fulfilling Croker’s mission to provide unparalleled service to its clients.

Evangelista is a retired Captain of the New York City Fire Department (FDNY) Bureau of Fire Prevention, most recently serving as the Director of the Emergency Planning & Preparedness Group.  With significant experience in fire and life safety, Evangelista has served an accomplished and much recognized career with the FDNY (over 25 years of service) actively progressing New York City’s Fire Safety and Emergency Action Plan protocols.  The broad and long-lasting impact of his efforts are well documented as NYC is now safer and more prepared to handle emergencies.  In recognition of his accomplishments, Evangelista has been awarded a citation for dedication and perseverance in elevating awareness of fire and life safety issues in the City of New York (presented by the Building Owners and Managers Association of New York) and a citation for outstanding contributions to fire safety in the high-rise community (from the Fire Safety Directors Association of Greater New York).

Evangelista also provides added depth of knowledge to the well-versed Croker staff as he actively serves on many noteworthy industry work group and code committees including, but not limited to, the International Code Council (ICC) and National Fire Protection Association (NFPA).

We can provide a single event or a full-range of events that supports the spectrum of your business operations and needs. Some of the more common services include seminars, working groups, and exercises. We would be happy to discuss how one or all of these may assist you in enhancing your preparedness.

Seminars orient participants to, or provide an overview of, authorities, strategies, plans, policies, procedures, protocols, resources, concepts, and ideas. They also provide a good starting point for entities that are developing or making major changes to existing plans or procedures. Seminars are also useful when attempting to gain awareness of, or assess, the capabilities of interagency or inter-jurisdictional operations. Seminars are useful whenever there is a need to provide a common framework of understanding. Seminars are the basic building block of exercise development.

Seminars can be used to deliver a wide range of topics.

Although the topics may vary, all seminars share the following common attributes:

A Working Group, or workshop, differs from a seminar in two key aspects:

Method most often used to rehearse emergency/crisis teams in which participants review and discuss the actions they would take according to their plans. Participants but do not perform emergency/crisis actions but walk-through plans, procedures, and protocols during this discussion-based exercise. Tabletop exercises can be conducted with a single team or multiple teams.

The functional exercise simulates an emergency/crisis in the most realistic manner possible, short of moving real people and equipment to an actual site.  Its goal is to evaluate the capabilities in the context of an emergency event.

Once clients experience Croker Risk Management’s approach to commercial office building preparedness, they are hooked; they realize that it is the preferred way to develop building staff competence and engage tenants.  Let’s start with an example question:

Who are the first responders during an incident which impacts a commercial high-rise office building?

The answer?  D: None of the above.

Through its cutting-edge programs, Croker Risk Management has become a thought-leader in the commercial office building preparedness arena.  Croker Risk Management develops hands-on, tailored, workable and cost-effective programs beginning with the tenant and building staff points of view, understanding that during the first few minutes of an incident which impacts a building, the tenants and building staff are on their own.

For pricing or to inquire about additional products not shown, please call the Croker office at 631-277-7602.

THANK YOU FOR YOUR INTEREST IN FIRE AND LIFE SAFETY.